Royal Enfield has been a large contributor to the substantial and consistent growth in two-wheeler sales, in India. Making itself a significant manufacturer was not an easy task for the company. The major contributor to this high growth has been the Royal Enfield Classic 350. The bike took everyone by surprise when it was introduced a few years back. Here was the revamped ‘Bullet’ and it was faster, lighter and more reliable. This British marquee is a well revered brand and has had a strong individuality which very few motorcycles have. In India, this bike brand has lived through decades and whilst others of its era started to go defunct, RE re-discovered itself and was back with a bang! 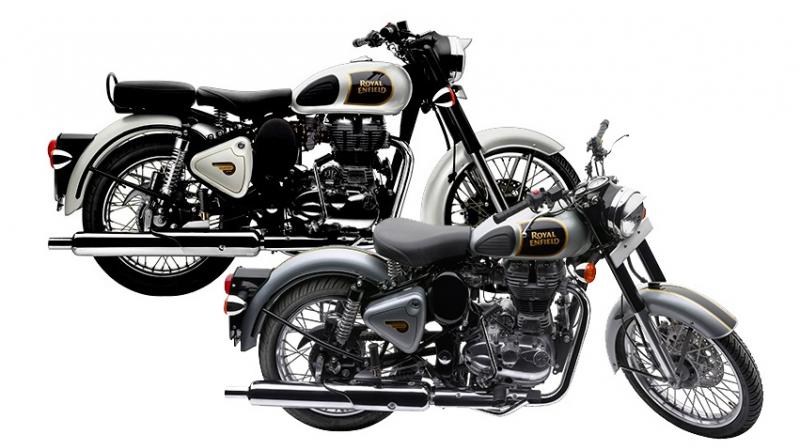 Such was its comeback, that even established Japanese brands in the country started to feel the shivers. The concoction was simple, the company used its heritage and classic appeal in the best possible way. It built on what was the most important area – camaraderie. The company focused on getting ‘Royal Enfield’ or ‘Bullet’ fans together and celebrate. Later, the Royal Enfield Classic 350 went on to become a best seller.

It all started with an expedition to Leh, Ladakh, way back in 1997, when Royal Enfield took a major leap in getting together riders in to the ‘Bullet Club’ from different cities and ride all the way to Leh, which was then a lesser known destination to the masses. That was when the bike club culture started catching up in a big way and rest is history. Eventually many Royal Enfield clubs started springing up across the country. In the late 1990’s and 2000s, when riders wanted a touring motorcycle, which was tough and could take anything thrown at it, the choice was clear, it had to be a Royal Enfield!

The famous ‘Bullet’ was redesigned in 2009, it now comes with a one-piece, air-cooled engine and gearbox. The shift from the cast iron engine block to the new aluminium alloy block has made a world of difference to its performance and reliability. Carrying on the legacy of the Bullet, the Royal Enfield Classic 350 was born and it continues to be a favourite, while being the company’s best seller. The Royal Enfield Classic 350 has a class of its own and is very retro. This is one model loved by people all around the world, where Royal Enfield is being sold. It is the most economical heritage bike in the world. Read further to know more about this machine.

With INR 1.5 lakhs being the average cost of the Royal Enfield Classic 350 this is not exactly a cheap bike. This is a premium being paid for technology which is still being used since genesis. There are competition bikes making more power, despite their smaller engine displacement. However, the classic charm of RE still sells.

The declared top speed of the Royal Enfield Classic 350 is 130 km/h. While it may not look to much considering its capacity, it rides well around 100km/h, being firmly planted. At 130 km/h, though, there are vibrations that you would want to avoid and lower the speed yourself.

This is a big engine and it is disheartening to see Royal Enfield generate only 19.80 bhp from it. Typical of Royal Enfield bikes, the stroke is a long 90 mm that provides the much loved thump. The 5-speed gearbox seems adequate for this bike. Royal Enfield again focuses on the huge torque of 28Nm which makes riding a breeze by reducing gear shifts. You won’t have the issue of bike stalling incase you slow down in an emergency situation.

Modifying a Royal Enfield is a trend. You will find many bikes which have a minor modification and also those which are majorly customized to maybe a bobber or a chopper styling. Modifications to Royal Enfield Classic 350 are done both in terms of cosmetic and performance. This bike is a designer’s delight.

This is where the major difference is beside the performance. Royal Enfield has made sure that the colours available in the 350 are not offer in the 500 and vice versa.

That is a wide range of colour options. The paint quality has improved over the years for this bike.

The company claims an average of 37km/l for the Royal Enfield Classic 350. In real riding condition it should return around 28-30 km/l.

Over the years the RE Classic 350 has earned to the reputation of being much more reliable than its bigger sibling, the 500 thus making it the obvious choice. The wide handlebars make it easy in traffic too. The seating posture as always been comfortable for almost all Enfields. The broad seat provides good comfort on long runs. Now, when compared to modern generation bikes, it is simply no match in terms of handling. However what goes in favour of it is the straight line stability, which is good. The brakes also do a good job, though not the best out there.

The Royal Enfield Classic 350 continues to charm buyers, be it experienced ones or even first timers. Though it is outclassed in many areas by competition, when it comes to performance, the RE Classic 350 has its own aces. The classic look and the legendary thump it comes with, is not available with any other motorcycle from competition. So if you are a classic bike lover and drool over that exhaust note, then it will be hard to resist the Royal Enfield Classic 350.

Login to quote this blog

You cannot quote because this article is private.